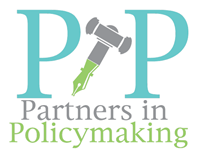 The application period opens in December 2022 and runs through March 17, 2023. Click Here to Apply

The Board is accepting applications to join the 2023-2024 class of Partners in Policymaking. We're looking for talented, motivated, and dedicated advocates who want to have an impact in their communities. This PIP class will consist of seven two-day sessions beginning September of 2023 and lasting through April of 2024. Eligible participants are people with developmental disabilities and/or parents of young children with developmental disabilities. Individuals participating in the program will attend advocacy training and skill-building workshops designed to hone them into effective and passionate advocates. Completion of this application and selection for the PIP program requires substantial commitment of time, motivation, and energy - it is not for the faint of heart! Be ready to roll up your sleeves, get to work, and change your life!

For this link, you can view more information about PIP here

Monthly PIP sessions typically begin Fridays at 1 p.m. and conclude Saturdays at 3 p.m. For your safety, and depending on the status of any vaccines, PIP 2023-24 may include:

Become a Partner in Policymaking

More than 400 Partners in Policymaking (PIP) alumni in Virginia and thousands of PIP program alumni across the country have learned how to make a difference every day for themselves, their families, and communities.

Application and selection as a participant for the Partners in Policymaking (PIP) program requires a substantial commitment of time, motivation and energy. If accepted, individuals must attend seven two-day sessions between September and April. Each session begins on Friday afternoon and concludes Saturday afternoon. Participants meet competencies by agreeing to complete homework, class assignments and one major project.

The group of selected participants, consisting of parents and self-advocates, will build networks with state and national leaders as well as one another. Participants will be educated on best practices and current trends in many areas including:

What are the eligibility requirements to become a Partner in Policymaking participant?

To be eligible, an individual must:

What is the definition of Developmental Disability?

The VBPD uses the definition below to determine eligibility for participation in Partners in Policymaking.

How are individuals selected for the Partners in Policymaking class?

Individuals are selected as Partners in Policymaking (PIP) participants in a competitive application process administered statewide. A panel of Partners graduates reviews and selects participants for each class. Following the screening and selection process, all applicants will be notified of their status by letter. We encourage applicants who are not selected to re-apply, as we always receive more worthy applications than we have spaces to fill. Each class is carefully selected to represent a range of experience, demographics, and abilities.

Is there any cost involved in attending the Partners in Policymaking sessions?

All session expenses are paid by the Virginia Board for People with Disabilities. Covered expenses include lodging, food, materials, individual accommodations/support (such as sign language interpreters, personal care assistants, respite/child care) and transportation for those needing specialized transportation services and mileage reimbursement for traveling a distance.

What happens in the sessions?

Partners in Policymaking participants spend the seven months building a “toolbox” for communicating effectively with legislators, policymakers, and administrators. All presentations, assignments, and group activities are designed to give Partners practice and experience working to improve policy, service systems and opportunities for full participation in community life.

Partners will be introduced to leaders in the disability rights movement. These introductions are a rare opportunity to receive background information and practical advice for advancing a shared vision. The program culminates with a trip to the State Capitol to deliver testimony using skills and knowledge gained during the training. During the program, each Partner will also present to their classmates the advocacy project they have conceived of and developed over the seven month period. Many of the projects grow into long term endeavors.

What happens if I have a scheduling conflict with one of the session dates?

The Partners in Policymaking program requires a substantial commitment of time, motivation and energy. To provide the fullest experience, ATTENDANCE IS REQUIRED AT ALL SESSIONS.

Where are sessions held?

Advocacy efforts vary… from organizing a rally to talking one-on-one with local or state officials, we want to hear what Partners are doing to improve systems for people with disabilities!

Partners in Policymaking graduates are making differences on many levels. If you are a graduate and have advocated for community inclusion, accessibility, inclusive education, equal opportunity employment, civil rights, or social changes in attitudes and values, tell us so we can share your success.

Submit brief details on our form, or share photos, videos (under 3 min.), or documents to info@VBPD.virginia.gov

Thank YOU for helping us keep Partners impacting Policy in Virginia and across the country.

Robyn Iuliano (‘11) Robyn started a program called Brighter Futures to build collaboration between schools, agencies, and professionals for people with disabilities. She was also appointed onto the global STOMP (Specialized Training of Military Parents/Professionals) board and serves as a family navigator.

Ivy Kennedy (‘11) Ivy led a breakout session about public education at the Arc 2012 State Convention. Ivy is also doing public speaking about Disability History Awareness Month and the Medicaid Waiver. Ivy was a co-facilitator at the 2012 Youth Leadership Forum.

Lisa Lockhart (‘12) Lisa has started working on programs with the Arc of Greater Richmond. She helped to organize an event called Zumba for Self Determination to raise awareness of all individuals’ right to have control over their lives.

Hollie Monroe (‘12) Hollie was accepted to be on the VAULT Board of Directors. She participated with VAULT (Virginia Advocates United Leading Together) as a vendor at the Youth Leadership Forum Resource Fair. Hollie shared about her Partners experience at the VBPD Board Meeting in September.

Katherine Montgomery (‘12) Katherine was promoted to Advocacy Associate at the Arc of Northern Virginia.

Liz Salter (‘12) Liz has started working on the Mayor’s Committee for People with Disabilities in Hampton.

Matthew Shapiro (‘12) Matthew was selected for an internship at the White House where he is working on disability policy issues.

Brett Wills (‘12) Brett spoke at the September meeting of the Virginia Board for People with Disabilities about his Partners in Policymaking experience.